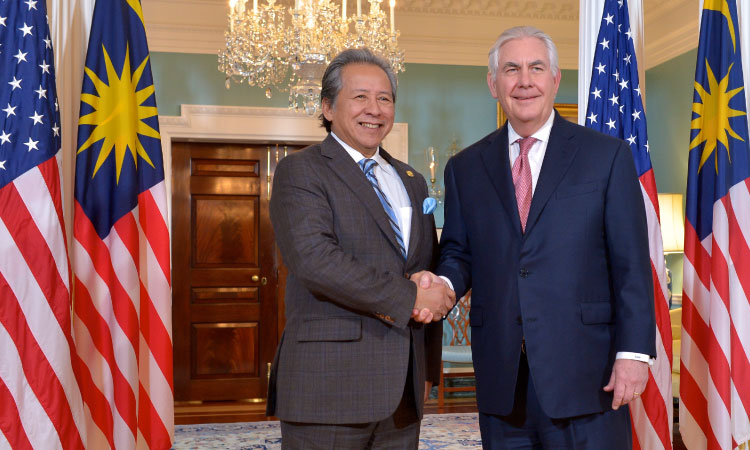 They discussed the United States government’s close partnership with Malaysia and commitment to the Asia-Pacific.

The Secretary thanked the Foreign Minister for Malaysia’s cooperation on efforts to defeat ISIS and to strengthen security in the region, including in the South China Sea and in addressing DPRK provocations.

The Secretary and Foreign Minister agreed about the centrality of the Association of Southeast Asian Nations (ASEAN) to regional stability and prosperity.