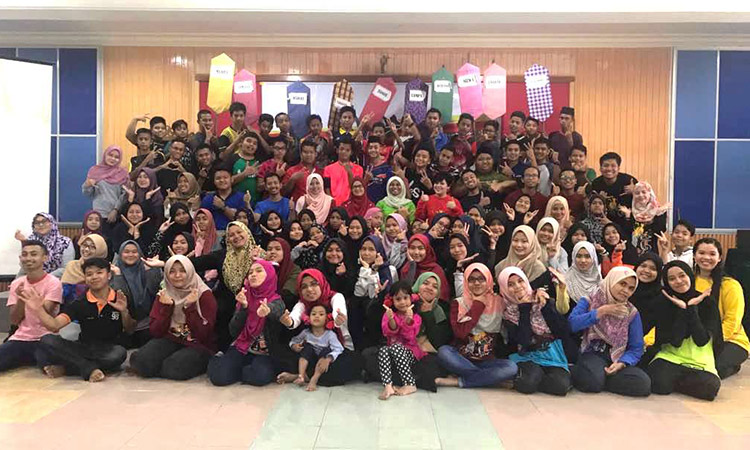 A group photo of HOP ALPHA participants with a representative from PAS Kuala Lumpur.

The camp was divided into three phases namely Ice-breaking, Point Collection Round and Performance and Arena.  Throughout the camp, students participated in various fun and interactive activities such as public speaking, news-reading, poetry recitals, team-building games, choral speaking, and choreography.

During the ice-breaking session, students were asked to introduce themselves and interact with their mentors. Following that participants were grouped into a team of seven plus a mentor. All ten groups competed in various games until the Final Round, including eliminated teams who competed in separate activities. Overall, the format used in this camp increased the students’ confidence level and their team spirit. A representative from the Embassy attended this camp as one of the judging panels and  performances were judged based on their creativity, team work, music adaptation, facial expression, body gesture ad confidence level.

Apart from making new friends, the students commented that this English camp has helped them to enhance their presentation skills and unleash their hidden talents in acting and singing.