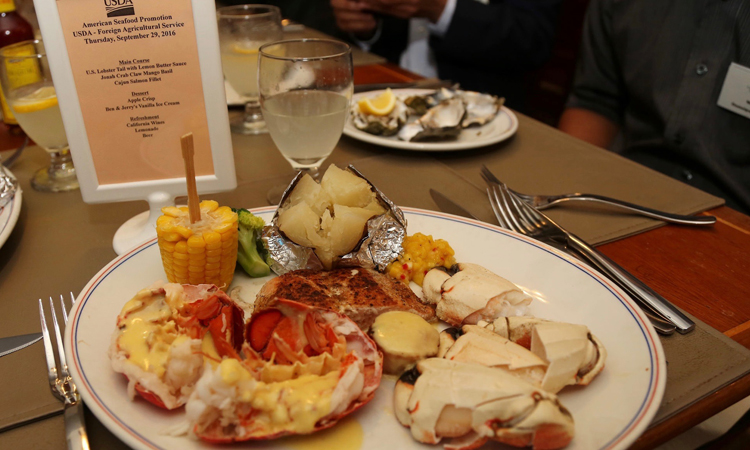 Guests raved about the sit-down dinner which included lobster tail with lemon butter sauce, Jonah crab claws with mango basil and cajun salmon fillet… all from the Atlantic Ocean off America’s east coast. Side dishes included fresh oysters from Washington State, baked scallops from Maine, smoked wild salmon with California cream cheese, salad with American certified halal beef from Iowa, salad with Idaho potatoes and California cheese and nut platters. Dessert was apple crumble made from Washington State Granny Smith apples, topped with Ben and Jerry’s ice cream. Toasts were held with American fine wines and beers. A good time was had by all!