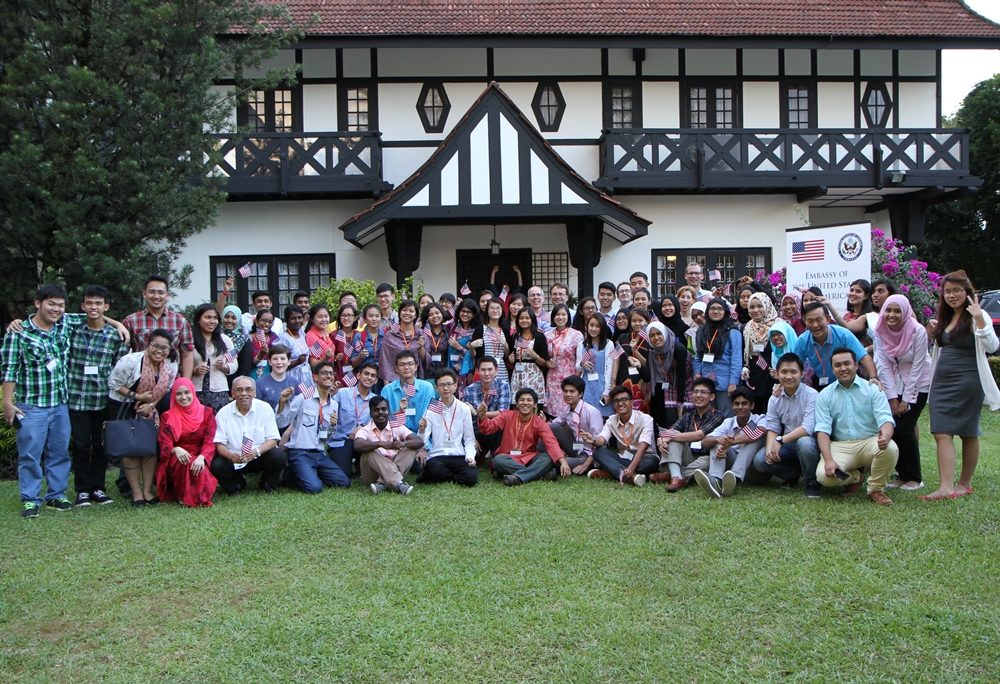 Counselor for Public Affairs Frank Whitaker hosted a farewell reception for forty-five Kennedy Lugar Youth Exchange Study (YES) students along with the local program administrator Antarabudaya (AFS) Malaysia and YES alumni. These recent secondary school graduates from across Malaysia gathered for the last time in Kuala Lumpur to attend a 3-day pre-departure orientation before departing to the United States on January 19, 2015. The 2015 cohort includes a hearing impaired student who will be hosted at Little Rock, Arkansas. YES is one of the largest United States Government exchange programs in and continuously proves to be an effective and successful platform to enhance people-to-people ties between the two countries.