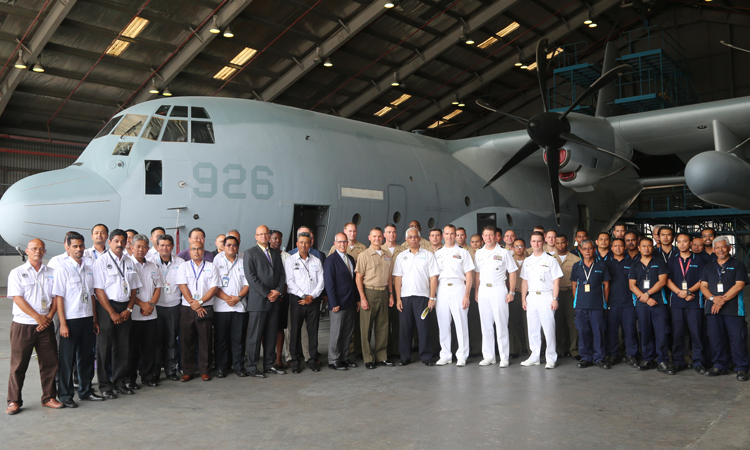 Malaysian aerospace firm Aircraft Inspection, Repair & Overhaul Depot Sdn Bhd (AIROD) has completed repairs on the first U.S. KC-130J aircraft under contract in support of the U.S. Marine Corps Transport Refueler Squadron based in Japan.  AIROD delivered the aircraft to the Marine Corps at a ceremony located at Subang Airport on Thursday, August 4, 2016.

U.S. Embassy Public Affairs Counselor Frank Whitaker said, “This partnership allows the U.S. military to maintain its effectiveness and to ensure peace and stability in the region.”