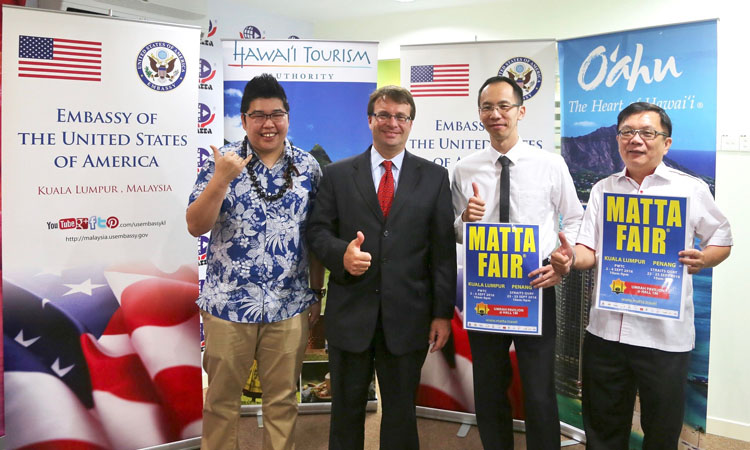 The U.S. booth will include Hawaii imagery and themes.  Staff representing Hawaii Tourism will be at the booth to answer questions.  In addition, Hawaiian-style hula dancers and musicians will perform at the Fair.  U.S. Embassy consular staff will be present at the booth throughout the Fair to explain the visa process. The U.S. Embassy will hand out stamps with the Embassy’s booth number to travel agents at the fair.

The U.S. Embassy’s Deputy Chief of Mission, Edgard Kagan, said “As more and more Malaysians discover the culture, landscape, and hospitality of the United States, we are confident that number of Malaysian tourists to the United States will continue to grow.”