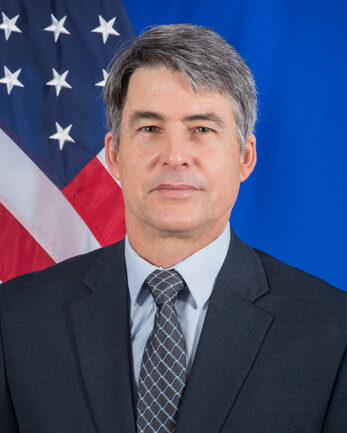 Brian D. McFeeters has served as U.S. Ambassador to Malaysia since February 26, 2021.  A career member of the Senior Foreign Service, Brian previously served as Deputy Chief of Mission of the U.S. Embassy, Baghdad, Iraq, Senior Advisor in the Office of the Counselor to the Secretary of State, and Principal Deputy Assistant Secretary in the State Department’s Bureau of Economic and Business Affairs in Washington.  Brian has spent half of his 30-year Foreign Service career working on Southeast Asia, including as Deputy Chief of Mission of U.S. Mission Indonesia, as Political Counselor at U.S. Embassy Kuala Lumpur, and as Deputy Director of the State Department’s Office of Maritime Southeast Asia.