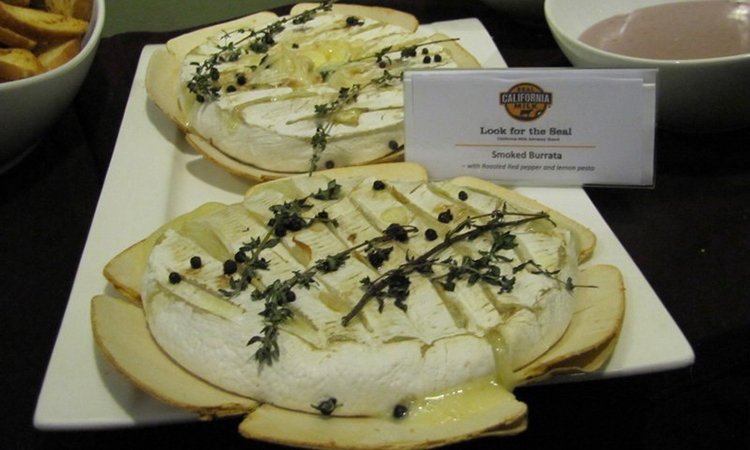 On Tuesday, November 29, 2016, the U.S. Department of Agriculture’s (USDA) export promotion arm for U.S. agricultural products known as the Foreign Agricultural Service (FAS), represented and based  in Kuala Lumpur, supported a California cheese seminar in collaboration with the California Milk Advisory Board.  There were 60+ participants comprised of distributors and food service stakeholders.  According to 2015 data, California is the United States’ second largest producer of cheese.  California accounts for about one-fifth of the country’s milk production of which 46 percent is made into cheese.   Malaysia imports various cheeses plus cream cheese, yogurt, yogurt products, ice cream and butter evenly split between the retail and food service sectors.

Chef Dan Segall demonstrated how to transform hard cheeses so they acquired the consistency of mozzarella that becomes gooey and bubbly rather than runny and oily when heated.  He showed how this method increased versatility so that such cheeses could be used as toppings (pizza cheese), sauces (mac and cheese) or spreads (fondue). The audience watched how to use a cooking blow torch on wine which was folded into melted cheese to impart an enhanced smoky flavor. To top it off, Chef Segall demonstrated how to make “burrata,” a fresh Italian cheese made from mozzarella and cream as well as smoked blue cheese ice cream.  Thus, creative approaches using California cheeses  boost a renaissance of flavors and varieties.