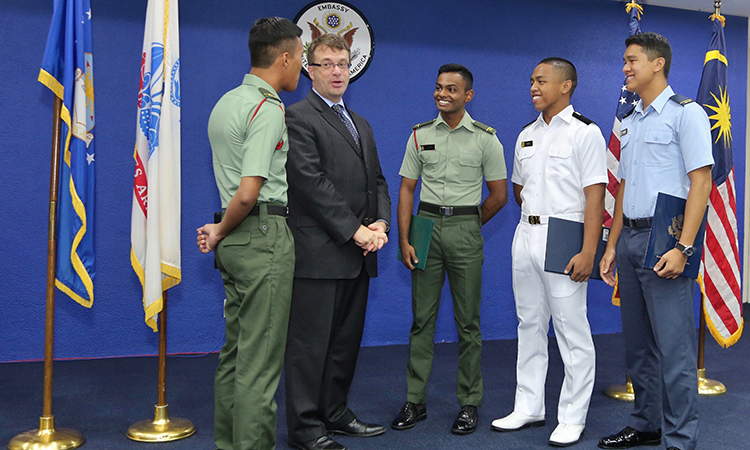 The cadets have been chosen after a rigorous selection process to represent Malaysia at U.S. service academies.  They will spend the next four years learning to be a professional at arms alongside cadets from around the world and will all be members of the Class of 2021.  It is rare that four Malaysian cadets are chosen to attend U.S. military service academies in a single year.