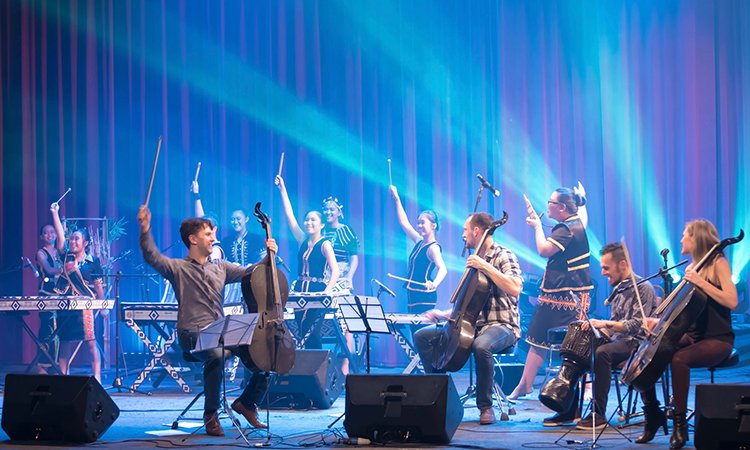 Break of Reality with the bamboo orchestra from SMK Tamparuli. (U.S. Embassy photo)

American cello band “Break of Reality” toured Malaysia from Jan 10-15. The visit was supported through the American Music Abroad program, administered by the Association of American Voices, for the United States Department of State’s Bureau of Educational and Cultural Affairs. In Kuala Lumpur, the band collaborated with sape’ player Alena Murang at a public concert at Bentley Auditorium and for embassy contacts at the Ambassador’s residence. In Kota Kinabalu, Break of Reality played with local guitarist Roger Wang and the student bamboo orchestra from SMK Tamparuli.

Break of Reality also gave several workshops at local schools, including the Universiti Malaysia Sabah, International College of Music, and Sabah Institute of Art. On the final day of the program, Break of Reality played for young patients, staff, and visitors at a public hospital in Likas, Sabah.

Break of Reality in Sabah