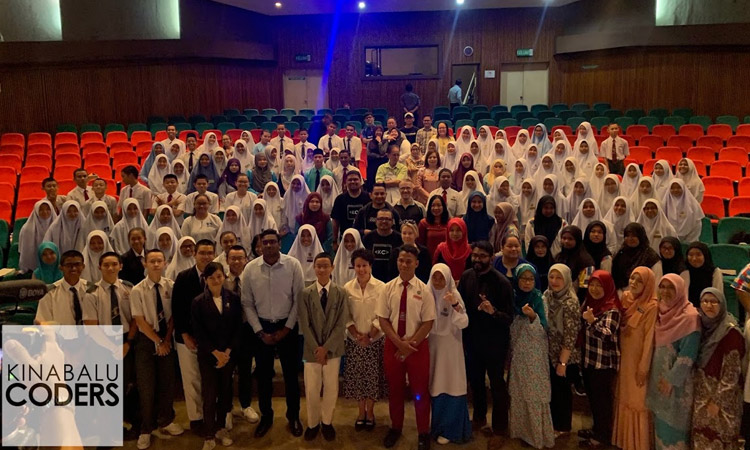 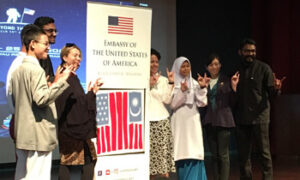 Last week, about 300 school students and teachers from #Tawau and #Semporna participated in the Embassy’s #BeyondTheMoon2020 program at #Sabah State Library’s Tawau Regional Library. The program of #STEM-focused activities celebrated the 50th anniversary of the moon landing and was co-organized with Kinabalu Coders and Sabah State Library.

In conjunction with African-American History Month, the library screened the film “ Hidden Figures”, which tells the story of three African-American women mathematicians, who overcame racial discrimination and were instrumental to man’s journey to space.

A highlight included the Embassy’s announcement of six participants of the Southeast Asia Youth Leadership Program (#SEAYLP) from Tawau and Semporna, who are to embark on an exchange at Northern Illinois University during which they will learn leadership skills and participate in community service activities.

#BeyondTheMoon2020 participants also learned about the Kennedy-Lugar Youth Exchange and Study (YES) program – a U.S. government funded exchange program administered by AFS Malaysia that sends young Malaysians to the U.S. for six months of high school and to live with American host families.

Tawau resident Jason Chin went to the U.S. on an AFS exchange in 1997 and spoke about his experiences in the United States, including seeing snow for the first time. YES 2021 is open to Form 5 students; the deadline to apply is April 30: 🔗 bit.ly/KL-YESProgram