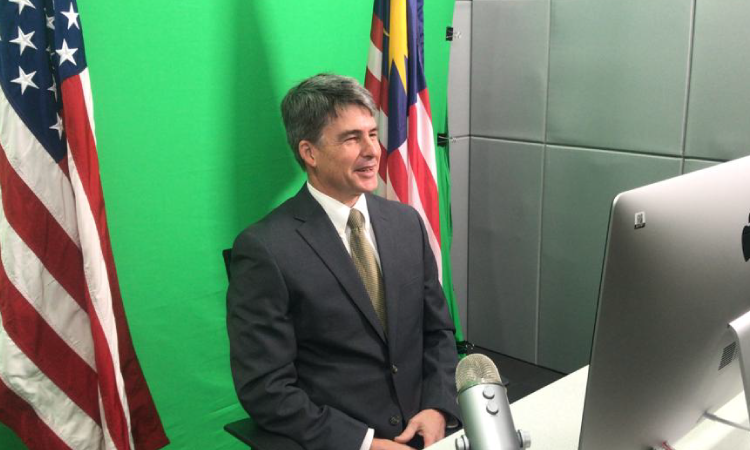 I am delighted to be back in Malaysia and able to join you this morning.

As many of you know, I first served in Malaysia ten years ago as the head of the Political section at the U.S. Embassy. I had a great experience working with my Malaysian government counterparts, with civil society and the diplomatic community.

With that background, it is wonderful now to be able to return as Ambassador as I have the first-hand perspective of what we can achieve when we work together.

Today is a perfect example of that as we turn our focus to gender equality and further actions that can be taken to make progress and address the global challenge of ensuring greater representation of women at higher levels of leadership.

This needs to be a priority for all of us – Americans, Malaysians, men, women – and not just in March or on International Women’s Day – but every day of the year.

I would like to thank Mr. Herizal and the ISIS Malaysia team for hosting this important discussion today and using their convening power to bring in so many thoughtful leaders and contributors.

I would also like to thank our esteemed speakers joining us today. From the United States, we are happy to have Ms. Beverly Kirk from the Center for Strategic and International Studies, and from here in Malaysia, Ms. Tashny Sukumaran, from the 50-50 Foundation.

Since taking office in January, President Biden has pledged to restore America’s leading role as a champion for women and girls around the world and return to a government-wide focus of uplifting the rights of women and
girls globally.

President Biden has pledged to reinvigorate the Department of State’s office of Global Women’s Issues as well as a White House Gender Policy Council that will specifically focus on how it could be employed to promote global gender equality.

To promote full participation of women, President Biden and his team have identified areas of focus, including health care, economic security, work and family, violence against women, and empowerment for women across the globe.

In the United States, we are also still celebrating the inauguration of Kamala Harris as the first woman and person of color to become Vice President. An occasion that was too long in coming, but still historic and an important milestone.

When Kamala Harris was sworn in as America’s first female Vice President, she became a role model for women and girls around the world. As she said in her remarks on election night, “Every little girl watching…sees that this is a country of possibilities.” She encouraged those girls to “dream with ambition, lead with conviction and see yourselves in a way that others may not, simply because they’ve never seen it before.”

In addition, six of 11 confirmed cabinet members are women, and several are women of color. Secretary of State Blinken’s two most senior deputies, if confirmed by the Senate, will be experienced women diplomats.

The composition of Biden’s Cabinet matters because research shows that diverse teams can provide leaders with valuable information that ultimately results in more effective public policies.

Building a government that, in President Biden’s words, “looks like America,” sends a positive message to Americans of all backgrounds, but also sends a message to the world that the U.S. values gender inclusion and diversity.

Malaysia has experienced similar important milestones, including the appointment of a woman as the former Deputy Prime Minister, and a current female Chief Justice, the highest position in the Malaysian judicial system,
along with many other senior women officials.

I know that here in Malaysia, another “Kamala” – my predecessor – Kamala Lakhdhir was a vocal champion for equality and prioritized this in all of our programs and engagements. I plan to do the same. During my 30-year career with the U.S. State Department, several of the best bosses I have worked for have been women.

At the same time, senior officers in the Department like me recognize that more needs to done to increase women’s leadership in the State Department. I note that several of the most senior leaders at the U.S. Embassy are women, and as Ambassador I plan to recruit more.

Women-focused programs are also an important aspect of what our Embassy does. When I first started receiving updates about our work here in Malaysia, I was impressed and pleased to see the focus on empowering women.

Over the past year, we launched two prominent economic empowerment programs in support of Wanita Empowered.

The Academy for Women Entrepreneurs program was launched in September 2020, focusing on aspiring or newly established female entrepreneurs with a viable business idea, and building capacity through workshops and mentoring. I’m happy to learn that this flagship State Department program has recently been renewed for another year here in Malaysia.

The Wanita Empowered Business Mentorship Program was launched in November 2020, and targets established women entrepreneurs who are looking to advance to the next level through business mentoring and networking.

Another example of women’s empowerment is our YSEALI Women’s Leadership Academy which sends Malaysian women to regional workshops every year, though like most things they are virtual for the time
being.  The WLA network in Malaysia is very active and conducts many outreach activities to educate and empower young women.

In addition, the Embassy is conducting a series of virtual talks on women’s economic and civic empowerment, and has highlighted a number of those experts, along with our alumni and key partners in a videocampaign on our Facebook page.

We will continue devoting the year to raising awareness on these issues and expanding opportunities for Malaysian women.

I look forward to further enhancing our collaboration and continuing to learn from each other while also strengthening our friendship and partnership.

In closing, I would like to wish everyone in Malaysia ‘Selamat Menyambut Hari Wanita Sedunia’! – welcoming the celebration of Women’s Day.

Thank you all for being part of this event. I am excited about the possibilities going forward, and optimistic that we will achieve great things together!