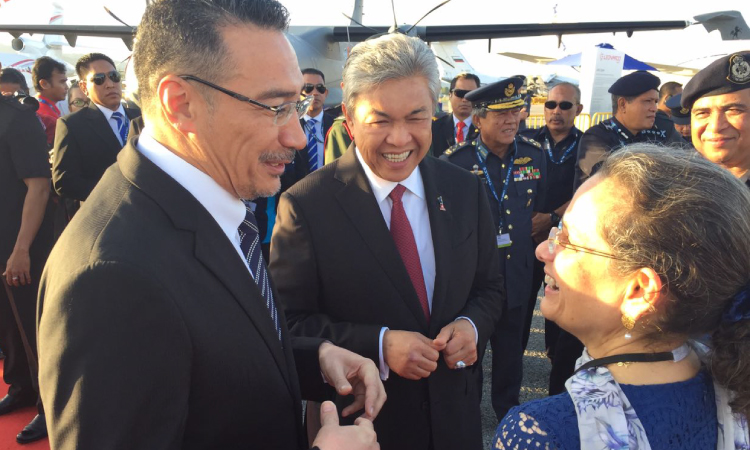 Ambassador Lakhdhir met with the Deputy Prime Minister and Minister of Defense while at #LIMA17. (U.S. Embassy photo)

Ambassador Kamala Shirin Lakhdhir visited the Langkawi International Maritime and Aerospace (LIMA) Exhibition on March 20-22, 2017. While in Langkawi she met with a number of U.S. companies that had booths at the U.S. Pavilion, including Boeing, Lockheed Martin, MD Helicopters, Honeywell Aerospace, General Atomics Aeronautical Systems, L3 Wescam, and FLIR Systems.

Ambassador Lakhdhir also toured U.S. Navy and Air Force aircraft that were on display. The U.S. Navy brought five aircraft, including two F/A-18 Super Hornets and a P-8, as well as a Littoral Combat Ship. The U.S. Air Force brought two airplanes, including a B-1B Lancer.

This photo album includes a number of highlights from the trip.