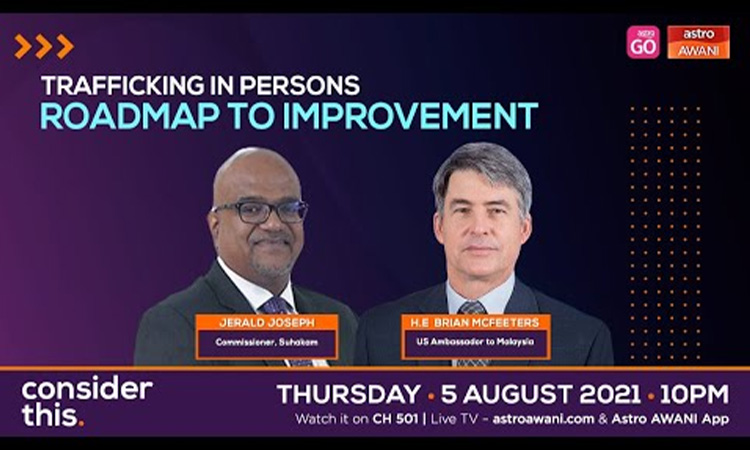 In a televised interview with Astro Awani, Malaysia’s 24/7 news channel, Ambassador McFeeters discussed Malaysia’s Tier 3 ranking in this year’s Trafficking in Persons Report. During the interview, Ambassador McFeeters highlighted TIP as top priority for the United States. He emphasized the Embassy’s ongoing efforts with the Malaysian government and civil society to address the problem. Ambassador McFeeters also suggested the need to focus on better treatment for migrant workers and not conflating human trafficking with migrant issues. He further highlighted that many migrant workers should be treated as trafficking victims rather than those who violate immigration laws.