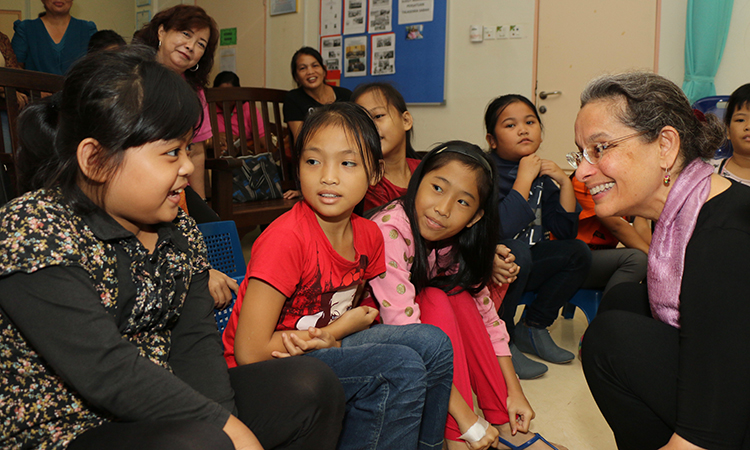 Ambassador Lakhdhir with young patients during her visit at the Women’s and Children’s Hospital in Kota Kinabalu. (U.S. Embassy photo)

Ambassador Lakhdhir visited Sabah for the second time on May 4-5, 2017. While there she visited the Women’s and Children’s Hospital in Likas, gave remarks at a luncheon for the L.E.A.N women’s group, and traveled to Lok Kawi Wildlife Park to meet Joe the elephant, who was rescued by Sabah Wildlife staff. Ambassador Lakhdhir also attended a ship reception with U.S. military medical experts who are in Malaysia collaborating with their Malaysian counterparts.  In addition, the Ambassador visited a power plant in Sabah that is powered with U.S. technology natural gas-fired turbines from General Electric.