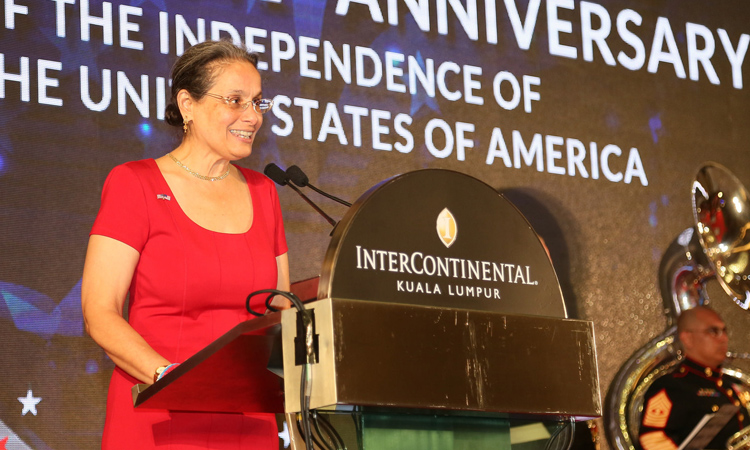 Sharing in the celebration of America’s 241st anniversary of independence, nearly 800 guests from throughout Malaysia packed the ballroom at the InterContinental Hotel Kuala Lumpur on Wednesday, July 5.  Highlights of the Embassy’s annual “Fourth of July” Reception included welcoming remarks by Ambassador Kamala Shirin Lakhdhir and the evening’s guest of honor, the Honorable Senator Datuk Paul Low Seng Kuan, Minister in the Prime Minister’s Department. Supported by the generosity of more than 45 American companies and Malaysian companies with ties to the United States, the event highlighted American innovation and featured a delicious mix of U.S. and Malaysian cuisine. The evening was capped by hours of music and dancing courtesy of the U.S. Marine Corps’ III Marine Expeditionary Force Band, visiting from Japan.